ODD MATTER  is a design studio driven by curiosity for all the strange and wonderful. Researching, probing, creating and exploring our world’s past, present and future through it’s materials, processes and concept.

The studio believes that by working with existing processes and notions, researching these from a different more naive perspective a different kind of products can be created.  Unique and specific to the place they originate from.

Odd Matter are Dutch native Els Woldhek and  Bulgarian Georgi Manassiev. They met whilst undertaking their MA studies in the Design Products department at The Royal College of Art. The pairs common interest in the borders of creation, process and material has put them on a shared path.  One that operates across a wide range of disciplines and seeks to work with existing industries to create products, interiors, concepts or unique commissions more true and telling of their creation and ‘will’. 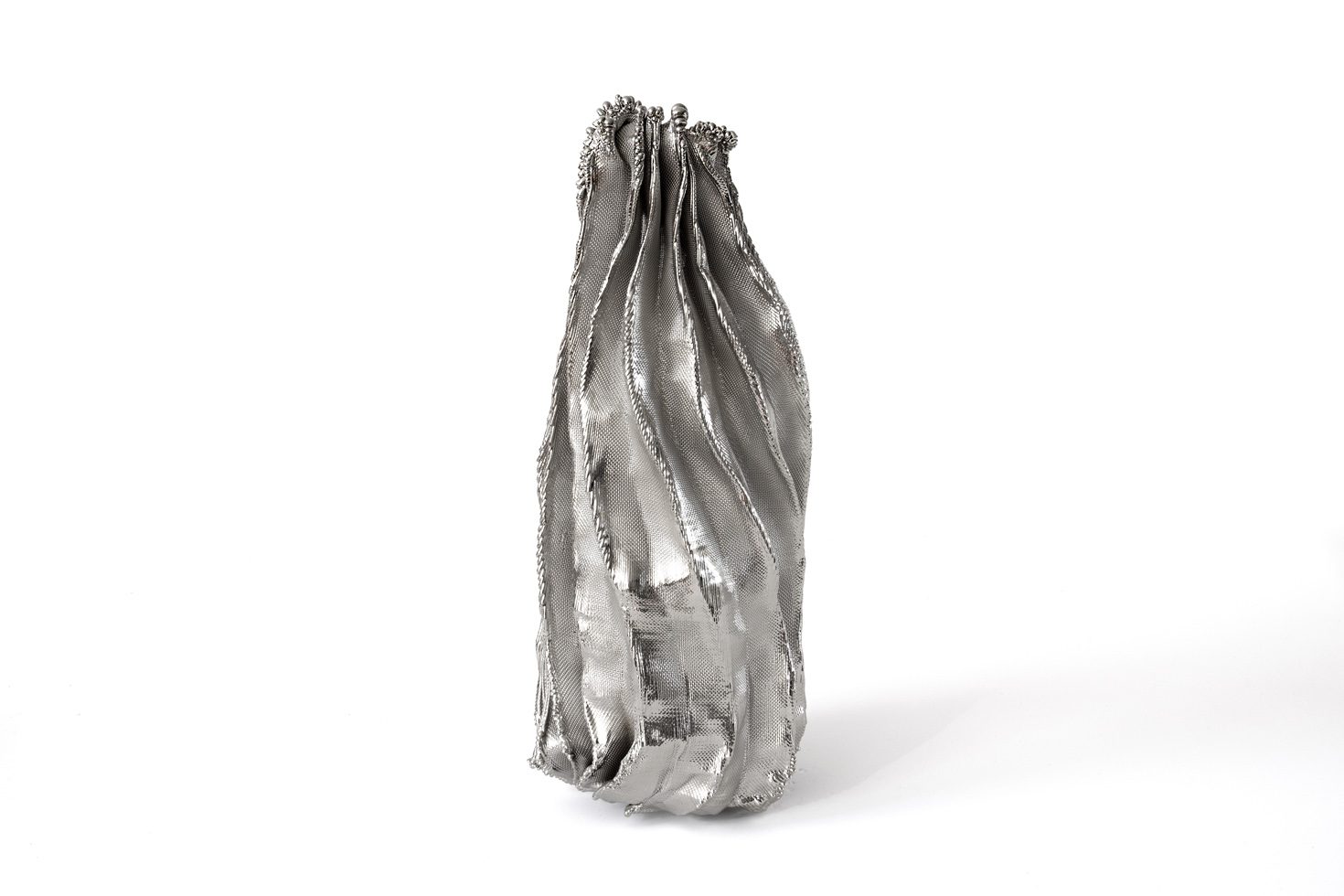 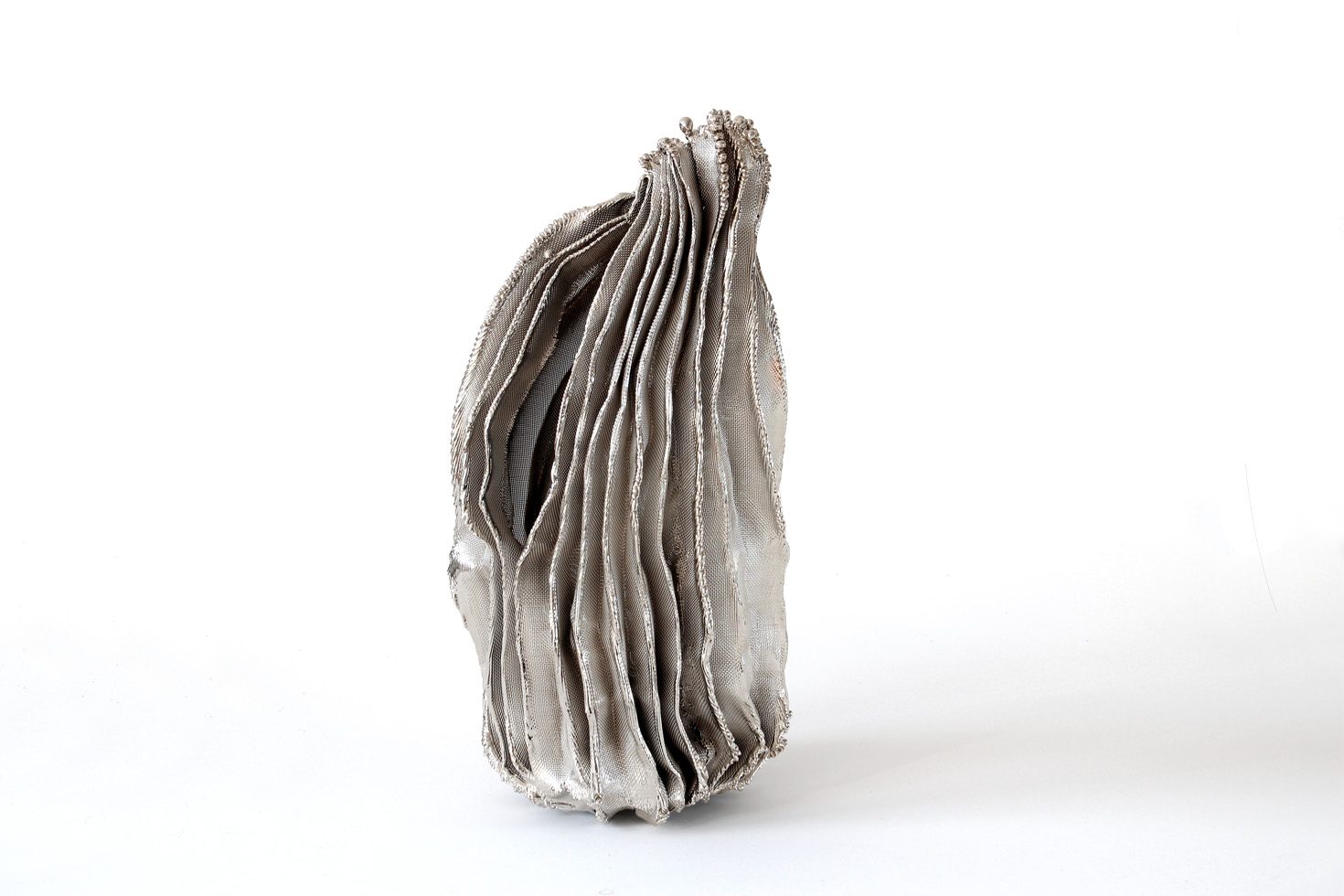 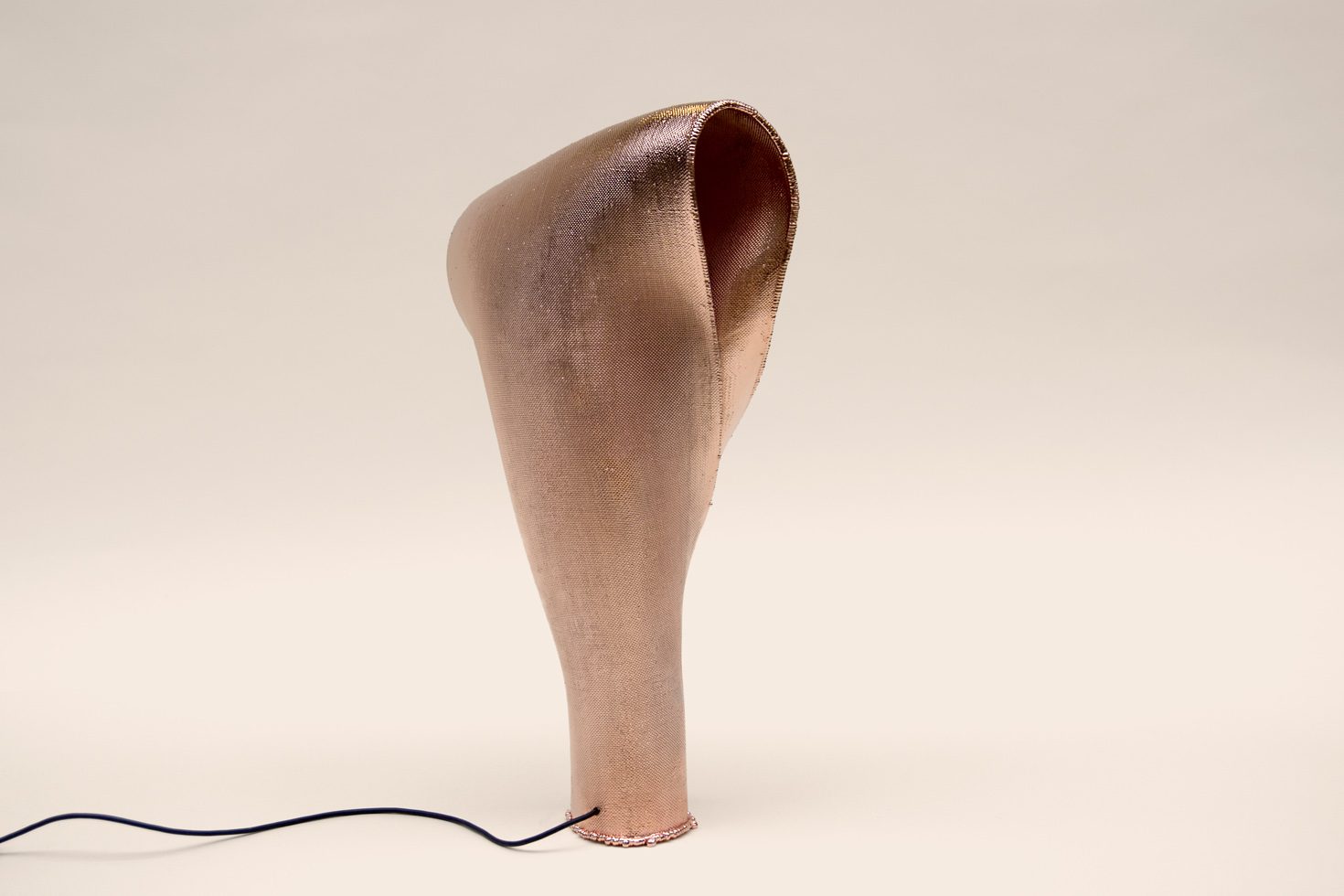 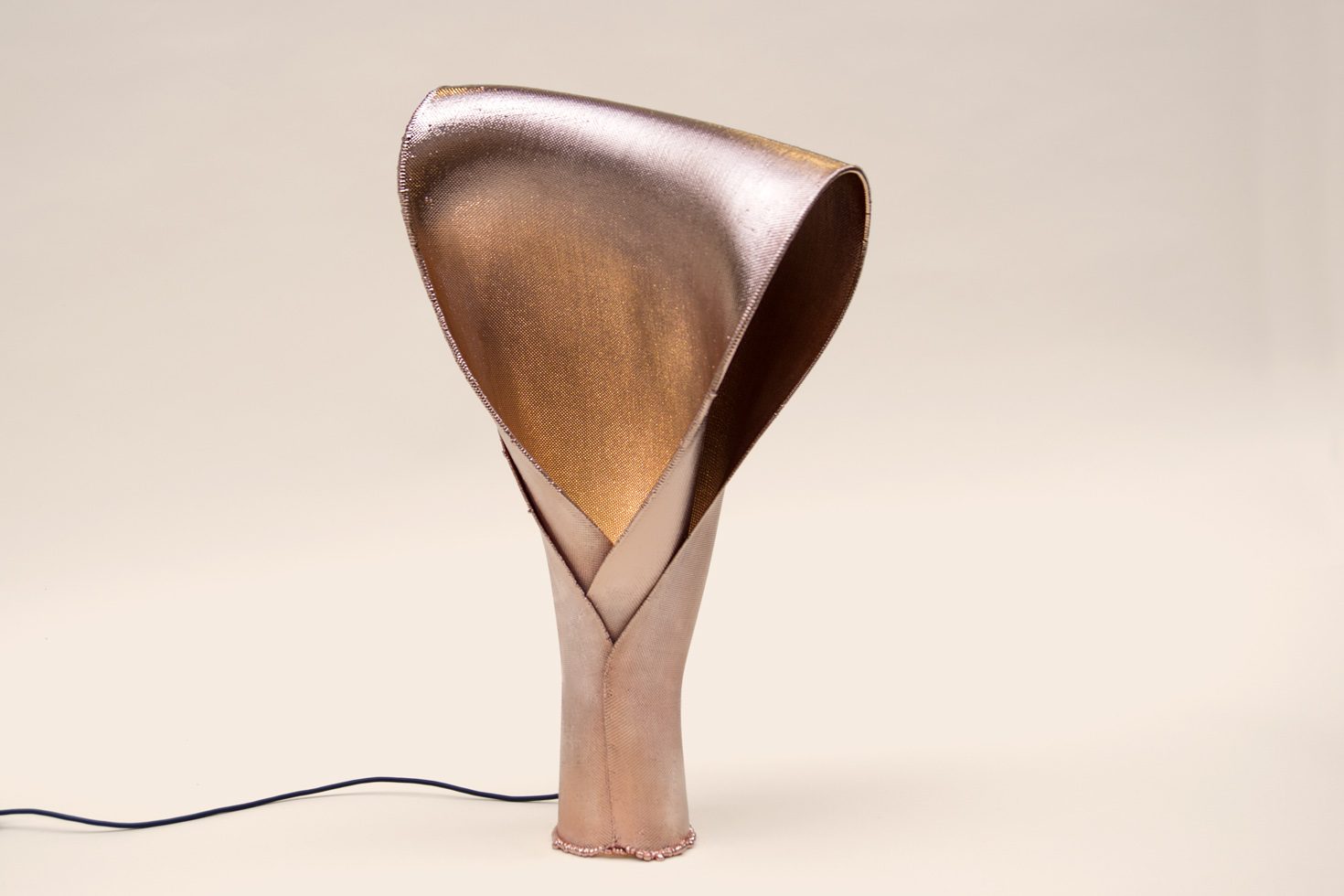 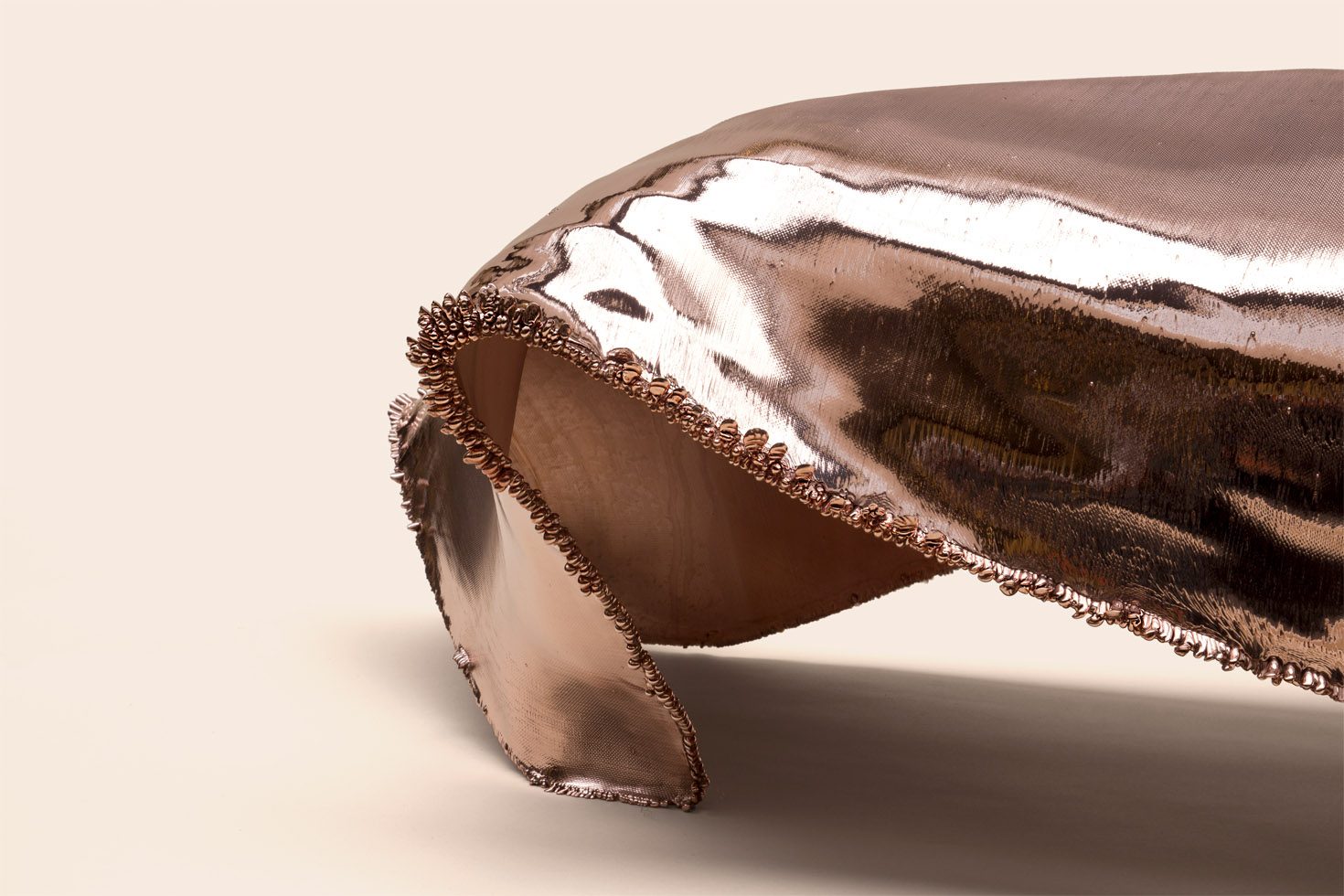 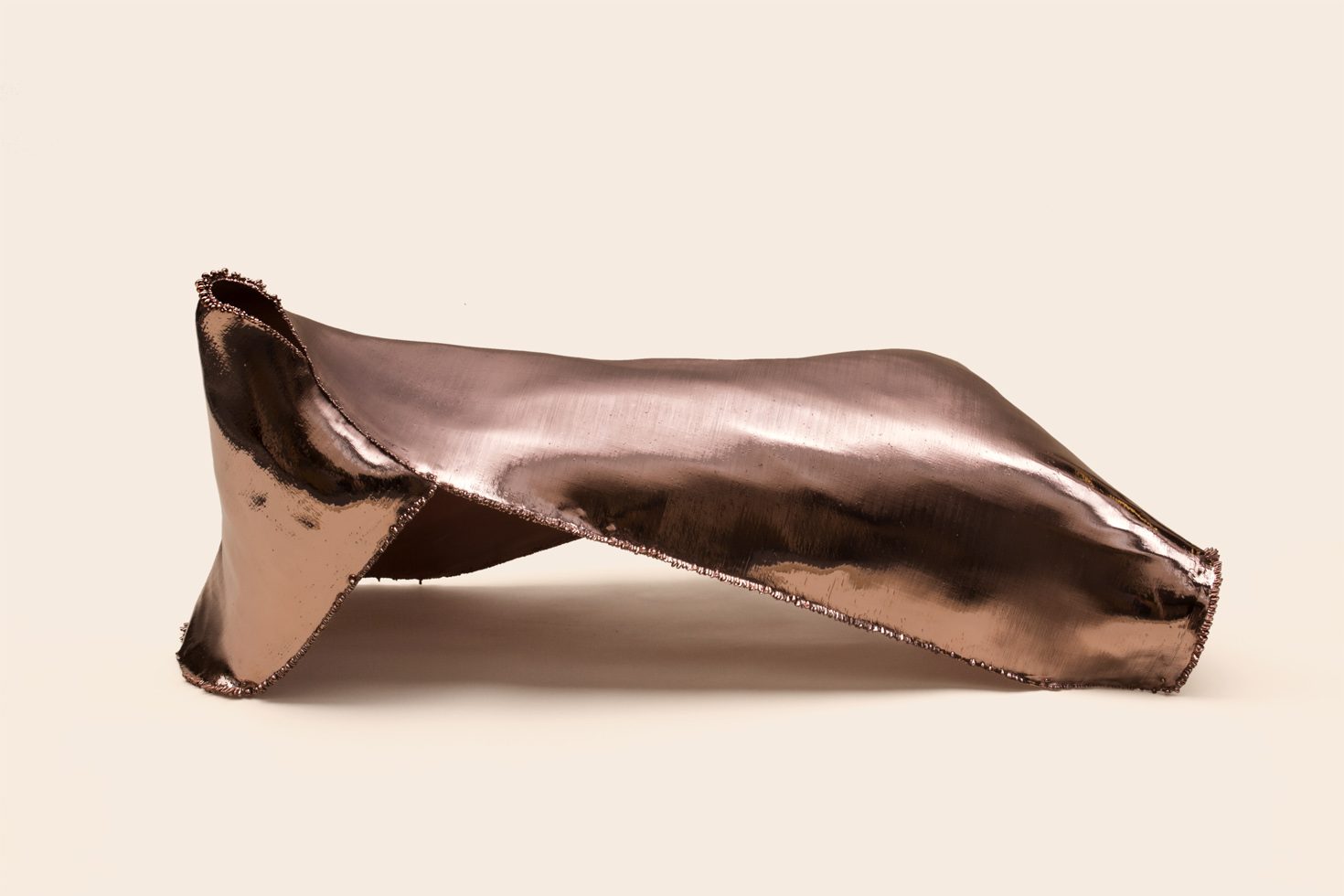 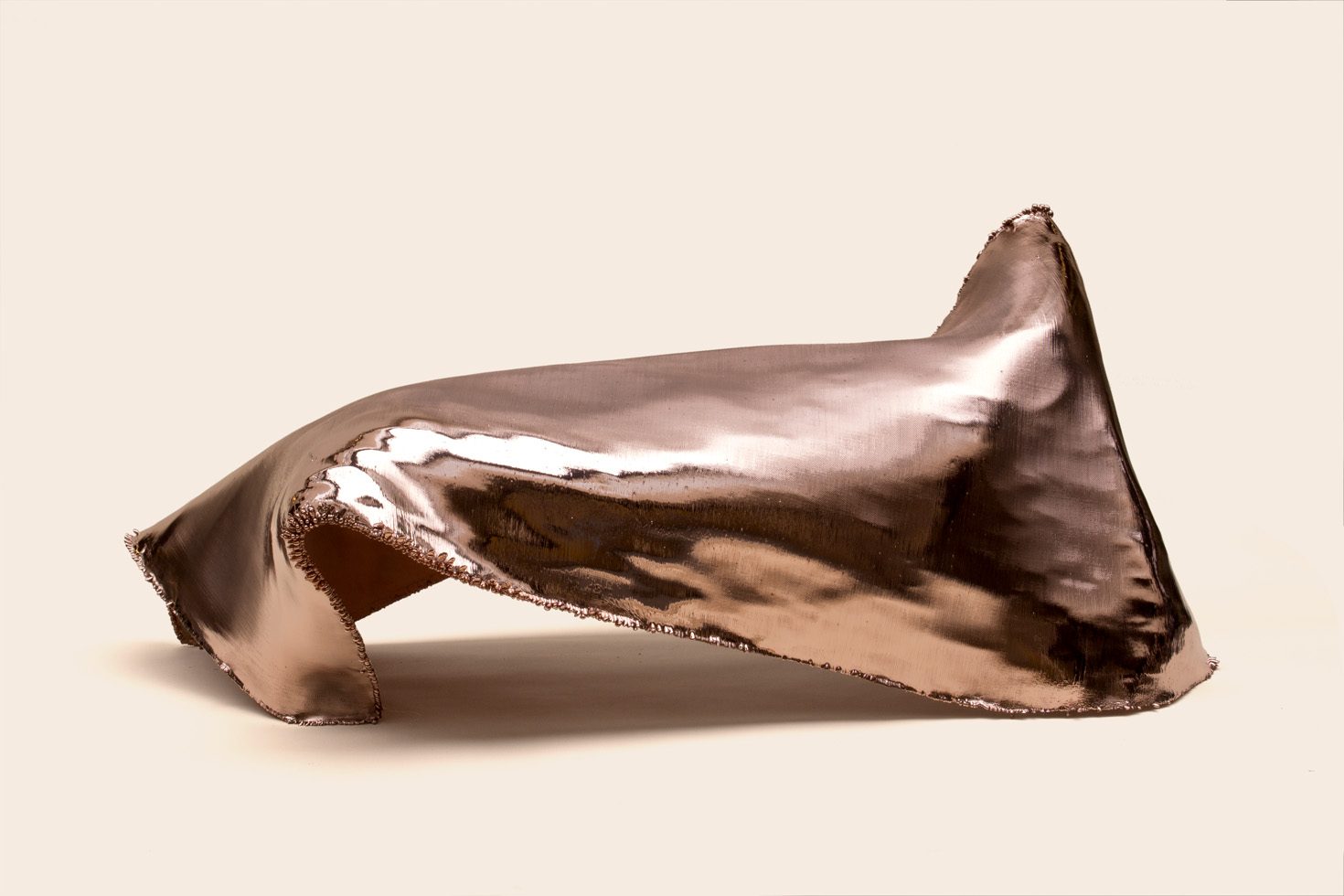 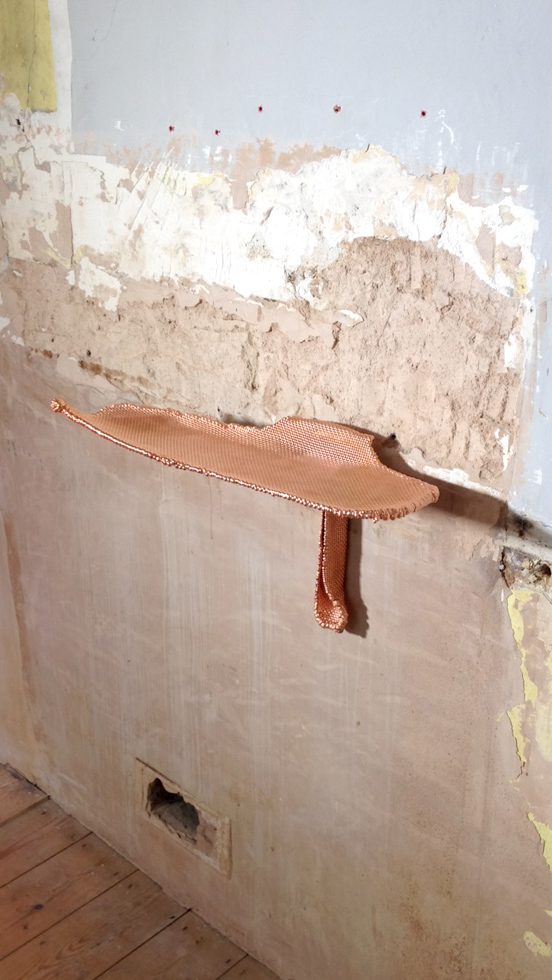 Soft metal mesh forms transformed through electroplating into solid metal furniture pieces with an intricate organic appearance. Each piece is instinctively handshaped, without the use of tools or technical drawings before solidifying its shape and final texture in the galvanic bath.

The relationship between designer and object is often determined by the tools used to create the pieces. Tools that enable creation but as such are also a translation between imagination and reality. With the Hours project, Odd Matter created a very intuitive way of interacting with a material thus shaping the object freely before allowing the tool to do the same.

To achieve this, the designers work with soft metal mesh, manipulating until the desired form is found. After that it is passed to the tool; the electroplating process. During the hours spent in the bath the designers resign control letting the process complete the piece.

In this way the pieces are made without technical drawings, 3d renderings, scale models and consideration of how to make. Instead both designer and tool have been given the space to create in their own way, and in their own time.